I never published these photos before so I thought it was a good opportunity to show them.

This pair were from the Supanova Brisbane 2011.  I had walked outside (stuck behind a booth all day) and found these two girls taking a breather outside.  The girl on the left is Panty from Panty and Stocking wtih Garterbelt.  The girl on the right is Yoko Littner from Tengen Toppa Gurren Lagann. 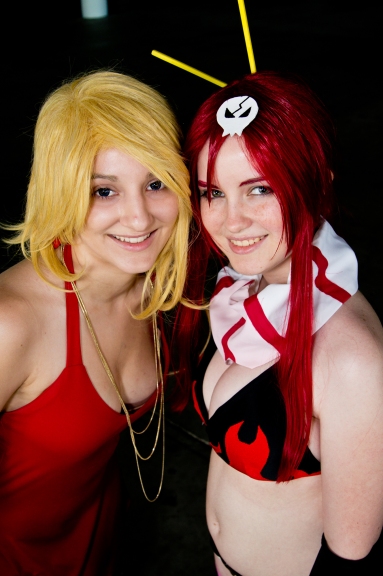